OK, we are tackling some rougher reading this weekend for “Georgia”, my 10 year old dd.  This book is rated at “middle” elementary school level in Taiwan.  It took her about two hours and thirty minutes of reading practice over this weekend to get this down.

Thanks to fellow parent Ms. Lin of Guavarama who organized group book purchase, we got our shipment of World Literature selections from Eastern Publishing in Taiwan （東方出版社 – 世界少年文學精選) this last couple of days, after waiting for about two months.  There are supposed to be 119 books but three were missing from the shipment. 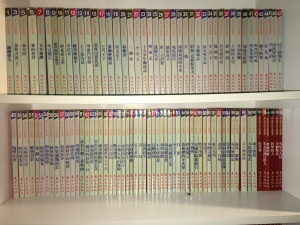 These books are meant for 8-9 years old in Taiwan, particularly given they have zhuyin 注音.  These books are longer and more difficult than the last dozen books of the Chinese edition of Magic Tree House.  Book #4o of the Magic Tree House probably had ~ 18,000 characters, which my now almost 10 years old “Georgia” read at ~ 800 to 1,000 characters a minute a few months ago.  The first book that Georgia picks out to read from this newly arrived series is Romeo and Juliet.  I estimates that there are ~ 65,000 characters in this book, so more than 3 times as many characters.  For translated literary work, the thing that I hate the most are the translated names!  That really messed my “Charlotte” up, while reading the Chinese edition of Twilight and the Selection series. 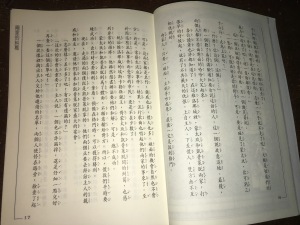 Georgia is familiar with the English version of the story of Romeo and Juliet.   In any case, she is reading Romeo and Juliet at ~ 2 pages a minutes, or ~ 450 characters a minute by rough estimates.  So, I think she can read the book in about 2.5 hours.  That’s half of the speed that she was able to read Magic Tree House, for good reasons.  The content is more advanced and there are many more characters involved, with their awful translated names!  Regardless, I think it is realistic for her to read one book a week from this series, which will only be ~ 15-20 minutes of her time every day, depending on the length of the book.  However, it will probably end up being one book every 2 weeks, after all is said and done.  So, hopefully, over the next two to three years, she will go through most of this series.  I am certain she will pick up her speed as she matures over time and gets acclimated to this series, hopefully reaching ~ 800 characters a minute.  At that speed, she should be able to read books of similar level without zhuyin at ~ 400-500 characters a minute.

As you may have noticed, I am shying away from having her read books without zhuyin.  I am using the Scaffold Reading Experience (SRE).  The zhuyin of books that are more advanced for her allows her not to dwell on character recognition, but instead get her to become familiar with the expressions and language usage.  After she gets those down and read new characters enough times, she will pick up her speed and will be able to read books of similar level and content without zhuyin at reasonable speed, the phase of dismantling the scaffold.

I was organizing our digital photo album earlier today when I spotted a couple of videos of “Georgia” reading or speaking Chinese from ~ 3 years old to 8 years old.  I put those videos together with the more recent ones, to give fellow parents some idea as to the pace that she was learning Chinese, which may be instructive to fellow parents.  I hope this is helpful.

This is my sweet “Georgia” “reading” with our first au pair at 3 years old.  How quickly a child grows up!

Here is Georgia reading a story book at ~ 5 years and 10 months old:

Here is she reading first grade textbook at ~5 years and 11 months old:

Here is she reading a story book at 7 years and 3 months old, at which time she already started reading comics without zhuyin: 這時侯她已開始看沒注音的漫畫。

Here is she reading second grade textbook at ~ 8 years and 2 months old:

Here is a reading of Bambi storybook at ~ 8 years and 3 months:

This is Georgia reading third grade social study textbook this week at ~ 9 years and 8 months old:

Finally, here are some readings or recitation at ~ 9 years and 10 months old:

It was truly a pleasant surprise, that 12 year old “Charlotte” can compose in Chinese relatively well (by typing) despite having NOT written any Chinese since around 9 years old, except for character practice mainly.  It had been my strategy that extensive reading of Chinese textbooks and novels would greatly help her with composition, but to see the process in action and the whole thing coming to fruition was just a joy.

One parent noted that the story that Charlotte had composed in the last couple of days reads like a translated novel.  Well, there is a good reason for that.  She read quite a few Chinese edition of American novels, including The Selection series, Ender’s Game, Twilight series, and Starters.  She also read aloud with the Chinese tutor a couple of the Chinese edition of Arsene Lupin’s novels, commonly known as 亞森羅蘋 in Taiwan.

I think reading aloud is quite helpful for language learners.  There are many excellent youth novels with zhuyin from Taiwan, such as 亞森羅蘋 series.  I don’t know if there are as many youth novels with simplified characters and pinyin from mainland China.  Books like these serve well as bridge readers and for read alouds.  Here is what亞森羅蘋’s novels look like:

In any case, I think it is time that she reads some more original Chinese novels.  She did read a couple of 倪匡‘s 衛斯理 series before.  One of my goal is for them to be able to read 金庸’s kung-fu novels proficiently.  I thought that it may still be a couple of years out.  But, out of curiosity, I showed her a copy of 金庸‘s 神雕俠侶, whose story she is familiar through watching the cartoon version.  She seems to get the gist of the story.  Maybe I will have her read it aloud with the tutor’s assistance.  Who knows, she may be ready for it! 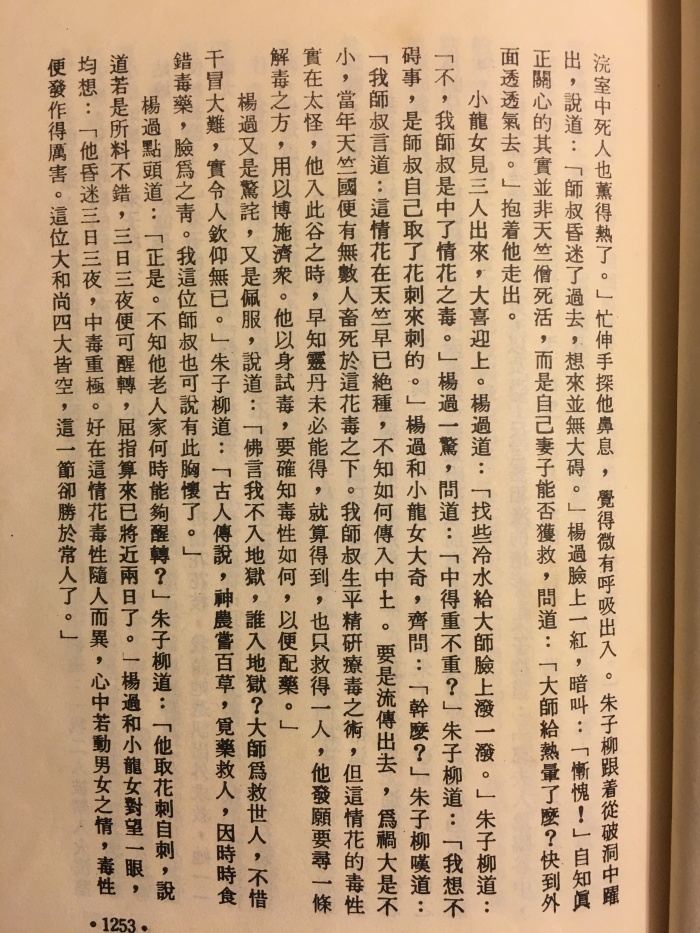 I have just read a number of discussions on Singapore’s education system and the Chinese curriculum there.  Singapore manages to pack a lot of learning for their students and has a world class educational system, as far as standardized testing is concerned.  As best as I gather, Chinese is taught as a stand-alone class, at most one period a day during school, as the rest of the school instruction are conducted in English.

In any case, I looked up some reading samples from Singapore.  Here is Singapore website published by the Ministry of Education in Singapore.  Click on a 高級華語 textbooks for the first semester of sixth grade.  The passages look very reasonable to me, for 6 years of daily one-period instructions with established CLE in the country.  I think my 9 year old should be able to read these in traditional characters or very close to reading them proficiently.

I then looked up China’s textbooks for first semester of sixth grade.  Here is one link what I found : 6th grade textbook.

It appears, to me at least, that China’s Chinese reading level is higher than that of Singapore’s.  That’s not surprising given, I presume, almost all classes are conducted in Mandarin Chinese in China.

So, once again, more exposure / learning = higher level.  Simple as that.

A parent’s question:  How many characters does one need to be able to read a children’s chapter book fluently?  An wuxia novel (e.g. Jin Yong)?  A newspaper?

My take on it:  There are characters, and then there are words/vocabularies and idioms, which are often combination of characters. On top of that is reading proficiency/fluency (with good comprehension of course), which takes practice, even if one recognizes all the characters and words.  In general, knowledge of 1,600 characters cover about 95% of the characters in regular mass media, at least for traditional characters, and that is generally considered the minimum to be considered “literate”.  Of course, one can know what certain characters/words mean when one reads them, but without knowing how to pronounce it. There are different levels of children’s books, chapter books included of course.  If I have to make a guesstimate, I would say it takes familiarity of somewhere around 600-1,000 characters to start reading chapter books, though reading proficiency / fluency takes practice over time.  A child who knows 1,000 characters and read a book at 500 characters a minutes with good comprehension has much higher overall proficiency than a child who recognizes 1,500 characters and reads the same book at 100 characters a minute.  Similarly, reading proficiently more advanced media such as Jin-Yong kungfu novels and newspaper written for regular adults (not abridged version for language learners) requires much more than character recognition.  There are words, phrases, idioms, background knowledge/concepts, and relevant cultural knowledge involved.  But, if you really want to have a number to work with, I would say knowledge of 2,000 characters is the minimum. In general, I think parents shouldn’t dwell on the number of characters the child knows but whether the child can read proficiently.  Reading proficiency is so much more than character recognition.

I can’t overemphasize the importance of reading the passage of our CLA textbook till fluency.

Reading with our first au pair